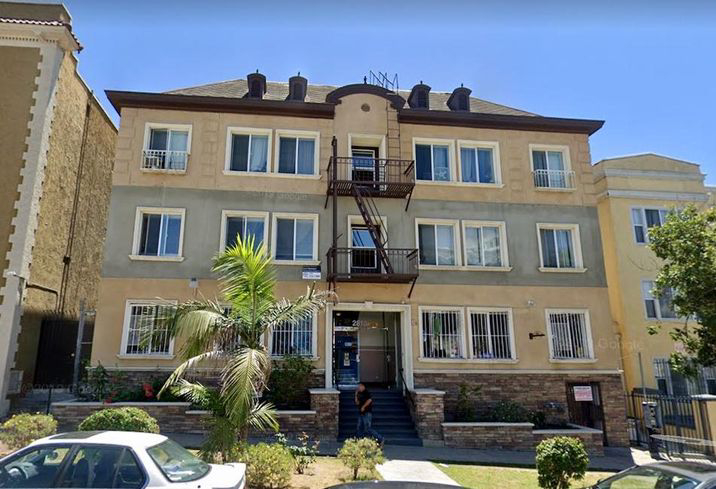 The two assets are in the Westlake and Los Feliz area. The other two are located in Culver City and Mar Vista and are expected to close by the end of the month. “Rent-controlled properties, particularly those of older vintage, are inherently downside-protected, as vacancy rates and rent growth remain fairly stable through both up and down cycles," Vista President Jonathan Barach said in a statement. "This translates into more sustainable and consistent cash flow over the long-term." Barach said they are doubling down on this strategy, "as we expect these properties to outperform the overall market on a risk-adjusted basis as we get longer into the cycle.” Since 2009, Vista has invested in more than 1,500 rent-controlled properties in Los Angeles. According to CRE data site Reonomy, Vista acquired the Leeward Apartments at 2810 Leeward Ave. in Westlake from BLT Properties for $5.8M. Kidder Mathews' Bryan Glenn represented the buyer and seller in the Leeward deal. Vista also acquired Park Winona apartments at 1840 Winona Blvd. from a limited liability company called Winona 1 for an undisclosed price. Marcus & Millichap's Tony Azzi represented the seller in the Park Winona deal.

Dedeaux Properties has sold a 1M SF warehouse and distribution facility in Riverside to an institutional buyer for an undisclosed price. Dedeaux Properties and an unnamed institutional partner had acquired the to-be-built industrial property that sits on a 52-acre site at 6275 Lance Drive last year for a reported $94M. The JV signed Cardinal Health to a long-term lease for the entire building, according to a news release. CBRE's Darla Longo represented Dedeaux in the deal.

A private investor has purchased a 28K SF office building in Irvine from Kelemen Caamano Investments for $8.1M. The property is located at 9 Corporate Park in the Corporate Pointe Business Park. KCI acquired the property in 2018 and renovated it as a creative campus. WindWater Real Estate represented the buyer and seller.

A JV of Domos and ESI Ventures has acquired a 78-unit apartment building in the Hancock Park neighborhood of Los Angeles from an Orange County-based private family for $29M. Built in 1930, the apartment sits on a 35K SF lot at 410 North Rossmore. Marcus & Millichap's Institutional Property Advisors' Kevin Green, Joseph Grabiec, Tyler Leeson and Greg Harris represented the seller and procured the buyer.

A private investor has purchased a 16-unit multifamily property in Long Beach from VMG Properties for $5.71M. Built in 1963, the two-building property at 445-455 Rose Ave. is a mix of three-bedroom, two-bedroom and one-bedroom units. Stepp Commercial's Robert Stepp represented the buyer and seller.

An affiliate of Brookfield Asset Management has sold a 260K SF office complex in El Segundo to a JV of Starwood Capital Group and Artisan Realty Advisors, according to The Real Deal. The office property at 1960 East Grand Ave. consists of two parcels totaling 5.4 acres. JLL's Tom Bohlinger, Andrew Harper and Will Poulsen represented the seller.

KTGY Architecture + Planning has made several executive moves. In the Los Angeles office, KTGY named Ryan Flautz a shareholder and principal. Flautz, who joined the company in 2011, has more than 25 years of residential design and project management experience. Keith McCloskey is now an associate principal. With more than 20 years of experience, McCloskey specializes in the planning and design of multifamily, mixed-use, senior living, civic and aviation projects. McCloskey joined KTGY in 2011 and most recently served as executive director of design. In the Irvine office, KTGY named Kyle Millar as an associate principal. Millar focuses on the residential multifamily sector. Ben Seager has been named an associate principal. Seager has been involved in the design, planning and entitlement of a wide variety of residential, mixed-use and senior communities nationwide for nearly 15 years. Sarah Sindian has been named an associate principal. Sindian joined KTGY in 2003. Sindian focuses on projects from single-family dwellings to high-density podium buildings, urban infill residential and mixed-use developments across the state.