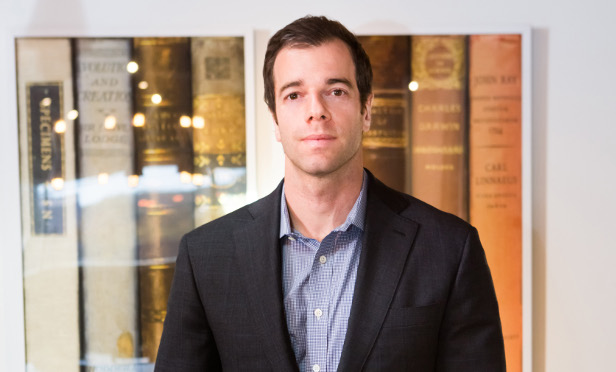 The economic and real estate recovery following the 2008 global financial crisis has been steady, if slow, and, when combined with record-low interest rates, has generated all-time highs for trophy assets and new residential projects, as well as other property classes.

But in recent months, prices of institutional-quality class A residential projects have flatlined in many cities. The clues are many. As of February, for example, year-over-year apartment rents were lower in Miami, San Jose and San Francisco, and all but flat in Boston and New York City, reported Apartment List. Most of the largest U.S. metros are reverting to modest growth levels, according to Yardi Matrix Monthly. National multifamily sales transaction volume in January and February was down 63 percent and 22 percent, respectively, year-over-year, noted Real Capital Analytics. And values for U.S. commercial real estate as a whole started going sideways in August 2016, according to property consultants Green Street Advisors. All daunting enough, but then add the U.S. Federal Reserve is promising a year of rate hikes.

To be sure, some regional residential markets show ongoing strength, with cities such as Los Angeles, San Diego and Seattle still posting apartment rent increases. Nevertheless, 2017 could become an inflection point for some classes of multifamily, one that might prompt reevaluation of strategy. As a result, more institutional investors are beginning to ponder the virtues of so-called class B or affordable apartments, especially value-add units in secondary submarkets within core gateway cities, where demand has far exceeded supply. Often overlooked, these properties can provide superior risk-adjusted returns.

In Los Angeles, where current vacancy in the city is hovering slightly above 3 percent, only one new housing permit is added for every four new people who move to the city. This has created a tremendous opportunity in secondary Southern California submarkets, such as Koreatown, Echo Park and MacArthur Park, where investors have been able to obtain 50 percent rent increases over a five-year period. In a city where 75 percent of all housing stock was built prior to 1980, the opportunity presents itself in the value-add space of class B rental housing, which appeals to a large swath of renters who want and can afford something more than a basic apartment, but cannot afford a new class A unit. And these opportunities are more likely to be found outside the urban core than within it. Take, for example, Baldwin Hills and Leimert Park, residential communities bordering Culver City to the east, once an overlooked submarket and now a rapidly evolving institutional-quality neighborhood harboring semi-luxury units near public transit.

Refuge. Many class B apartment properties in secondary or infill markets are still undervalued and, thus, offer solid returns for investors who carefully acquire and reposition select developments. In addition, class B multifamily properties — also sometimes called workforce housing — trade at below replacement cost, mitigating much of the downside risk. Indeed, the National Association of Realtors pegs class B/C housing at half the per-square-foot price of class A, though obviously it varies widely on a deal-by-deal basis. Finally, cap rates on class B apartments are nearly a half percentage point higher than on class A units, at 4.78 percent versus 4.30 percent, respectively, reports CBRE’s H2 2016 Cap Rate Survey. Although plenty of upside potential exists in properly acquired class B apartments, the downside protection is also notable.

Supply and demand. Apartment builders, often facing expensive barriers to entry, naturally favor class A construction, which chronically exacerbates the scarcity of affordable or workforce rentals in many cities. As an example, in Los Angeles the median wage earner makes $56,000 annually, suggesting workforce rentals are needed in the $1,500 to $1,600 range — yet virtually no new nonsubsidized apartment construction can be found at this rent level in the Los Angeles market.

While class B is perpetually undersupplied, in recent seasons there were more examples of class A apartments saturating some neighborhoods. In Chicago’s downtown, a robust supply of new class A apartment construction drove asking rents down 14.7 percent from third quarter 2016 to fourth quarter 2016, reports Chicago-based Appraisal Research Counselors. While class A rents in Chicago’s popular downtown barely eked out an increase on a year-over-year basis, class B apartments in suburban markets 30 to 60 minutes outside of downtown marked a 4.1 percent rent increase year-over-year.

Not surprisingly, rent spreads between class A and class B apartments have been tightening since 2014 and will continue to tighten, reports MFP Research. Also, in the suburban markets often ignored by institutional investors, apartment rent growth has outperformed that in urban core areas since 2014, the research outfit reported. Relatively speaking, the current trends suggest class A apartments have hit a plateau, while a class B apartment bull market still has legs in 2017.

Declining homeownership. While the United States is not yet a nation of renters, the surging supply of tenants is definitely increasing demand for apartments. According to the U.S. Census Bureau, U.S. homeownership rates have fallen from near 70 percent pre-2008 to less than 64 percent presently, and are still declining. Homeownership rates are now at a 12-year low. Debates on generational aspirations to homeownership aside, one of the key factors to this trend has been tighter mortgage underwriting standards by lenders in response to the 2008 housing collapse. These higher financial hurdles restrict homeownership and compel many into rental markets, and a return to the underwriting standards that coincided with the previous house-price boom appears unlikely, at least in 2017.

Another key factor contributing to declining homeownership rests with the largest demographic in the United States — millennials — comprising 92 million Americans. This demographic, saddled with record amounts of student debt and facing a peak-priced single-family residential market, places a greater emphasis on proximity to lifestyle amenities than previous generations, and is willing to trade a starter home in the ’burbs for a well-located apartment close to amenities and mass transit. Millennials are willing to spend upward of 50 percent of their incomes on rent, a phenomenon unseen in previous generations. As of yet, there are no signs that declining homeownership rates have reversed — but there are signs that increasing numbers of young Americans need affordable rental housing. Today, the share of 18- to 34-year-olds living with their parents is at one-third, the highest ratio since the 1980s, and often the stay-at-homes do so for economic reasons. Clearly, there is not only a market, but also a growing need for more affordable multifamily within and surrounding the urban core.

Foreign comfort zone. Despite election tremors, the United States remains a favored nation for international property investors, according to the Association for Foreign Investors in Real Estate. Foreign institutional and individual investors, as might be expected, historically have been more comfortable with class A, or even trophy properties, in the gateway cities. But with experience comes confidence, and apartments are now the second-favored asset class for the international set, behind industrial and logistics properties. We see increasing emphasis among international investors on actual returns, and that will favor well-positioned class B apartments in secondary markets.

Improving properties. The acquisition sweet spot for 2017 is a class B apartment in an improving neighborhood — an acquisition that can be repositioned to improve quality of life for tenants, at a discount to class A rents, and help revitalize a community while generating higher returns for the investor. Such acquisitions are often in urban infill areas but can include close-in suburbs in high-barrier-to-entry regions. Properly purchased class B apartments offer not only opportunities to boost cash flow, but also provide superior downside-risk protection if things go south.

Identifying the right class B multifamily asset in the right location for repositioning, however, requires deep, boots-on-the-ground understanding of a local market and its idiosyncrasies. A firm grasp of local and regional employment trends, infrastructure developments and how it all fits into the larger macroeconomic picture will separate the truly good managers from everyone else. And, as impossible as it may seem, it also helps to know what is trending for your largest renter cohort — the millennial. And, after all that, superb property management is critical. But for potential risk-adjusted returns, class B apartments around the urban core stand as tall as any other property asset class in 2017.