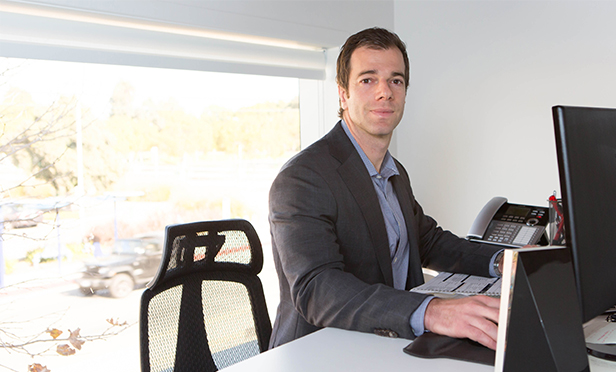 LOS ANGELES—West Adams and Leimert Park are the next investment hotspots, according to Jonathan Barach, president of Vista Investment Group. The neighborhoods are centrally located with access to major freeways and public transit, all details that have made it very attractive to investors. Investors are finding great value­ add multifamily opportunities and there is great potential for retail investment as well. Barach sat down with us for an exclusive interview to discuss the markets, why they are suddenly hotspots and the opportunities that are investors are finding in the markets.

GlobeSt.com: Why is the West Adams and Leimert Park becoming hot spots for investment?

Jonathan Barach: It starts with location. This is an area that is ideally located near major freeways (I­10, 405, 110) and light rail (Expo line, Crenshaw/LAX line coming soon) as well as adjacent to well­established and far more expensive neighborhoods (e.g., Culver City). The LAX connector, and the airport’s multi­billion dollar expansion and renovation also cannot be overstated. Despite its central location, rents in the area are up to a 50% discount to similar product in the more established neighborhoods. Affordability has been a major issue for some time now, and will only become more acute moving forward. This has the inevitable effect of pushing renters to more affordable, adjacent neighborhoods such as West Adams and Baldwin Hills. The other reason for the area’s emergence is the considerable amount of public and private investment in the area from groups such as Capri Capital and Carmel Partners, in major projects like the La Cienega/Jefferson TOD, Kaiser Permanente Outpatient Facility, Baldwin Hills Mall redevelopment, Santa Barbara Plaza redevelopment, and the Crenshaw/LAX line. Finally these neighborhoods are rich with history and culture, and that is what renters are searching for in their communities; A sense of place and community that they can be a part of.

GlobeSt.com: What types of opportunities are investors finding in this market?

Barach: Value­add multifamily opportunities are the most prevalent I see, though I think certain retail and commercial opportunities around major transit stops will also do very well within the next three years. From a high level, there are not a ton of opportunities to speak of since many owners see what is transpiring and don’t want to sell early. But with patience and persistence, some of the best opportunities in LA are in this pocket.

GlobeSt.com: How has this market evolved in the last year, and how have pricing/rental rates changes as a result?

Barach: A year ago we purchased Woodlake Manor in Baldwin Hills for around $159k per unit/$139 per SF. Other owners we have spoken with about selling would not sell for anywhere near the levels we paid a year ago.

GlobeSt.com: What is your outlook for this market over the next year?

Barach: With regard to this market, I expect the same trends as we saw in 2016 – a limited amount of investment sales activity, with a strong demand from the buy­side, which will continue the run up in values. On the income side, I see strong rent growth driven by an influx of new renters priced out of adjacent neighborhoods who are looking to discover “the next up and coming neighborhood.”

GlobeSt.com: How does the emergence of this market speak to broader trends in the Los Angeles market?

Barach: It speaks to the maturation of the LA market as one city. Previously a patchwork of good and bad neighborhoods separated by invisible borders, major investments are now being made in neighborhoods that were previously considered off limits. The prime example of that is Inglewood. Historically underinvested from an institutional standpoint, the expectations are now incredibly high for that area to really thrive with the coming Hollywood Park redevelopment. Measure M’s passing, which provided the funding to expand the city’s mass transit infrastructure and do a better job of connecting the city, also has had a critical role in the city’s maturation. Investment from overseas on a large scale and the downtown LA renaissance have also played major roles. However, the city is still comparatively cheap next to other major gateway cities like New York and San Francisco, providing additional runway for market savvy investors.