Whitley House in Hollywood converted to micro-apartments and sold 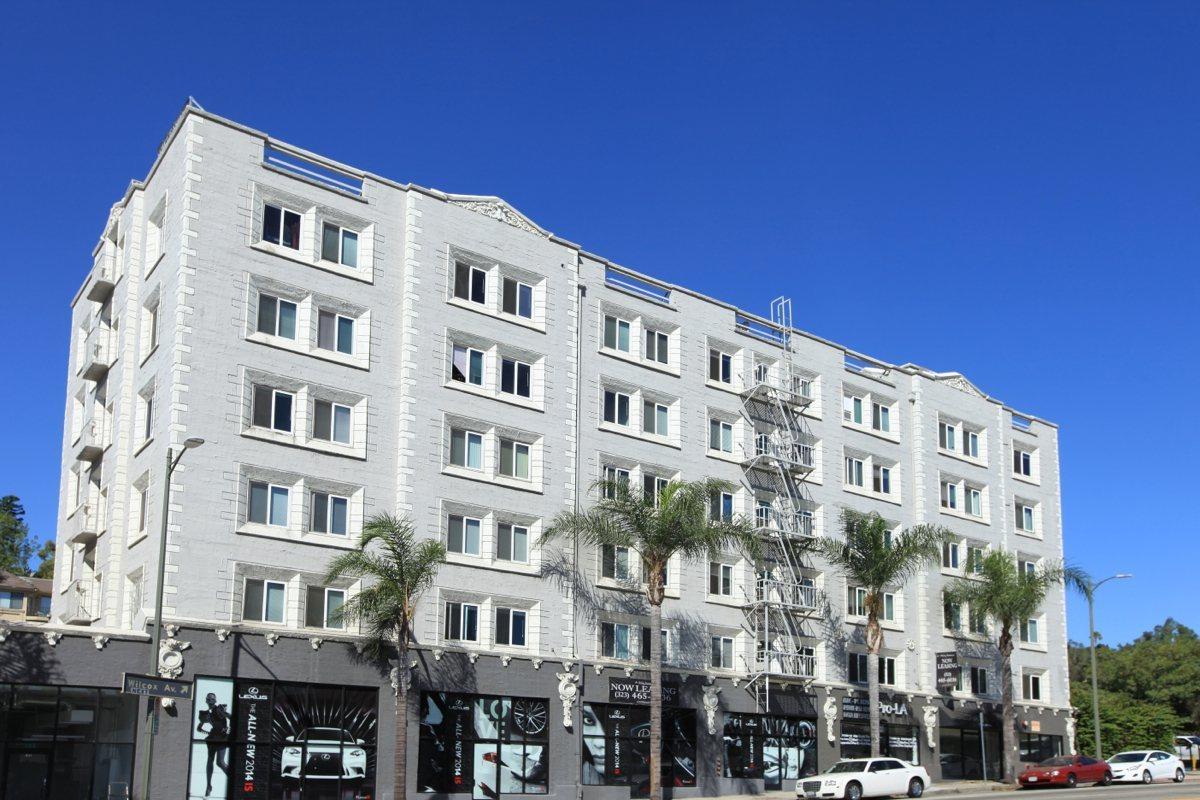 In Hollywood, a 1920s hotel-turned-apartment-building called the Whitley House has been sold for nearly $15 million.

The six-story building at 1963 N. Cahuenga Blvd. has 100 apartments, most of which are considered "micro-units" because they are about 250 square feet in size. The Whitley House was sold by Vista Investment Group, which acquired it in a lender-facilitated sale in 2010.

The property had been in the early stages of a major renovation that stalled during the recent economic downturn and was in a general state of disrepair, the seller said.

The building’s location in the midst of Hollywood and its original design as a hotel made it a candidate to be turned into a micro-unit property, according to Vista President Jonathan Barach.

"There certainly is a market for these micro-units in high-density cities like Manhattan, San Francisco and parts of L.A. like Hollywood and the Westside," Barach said. "It allows renters access to well designed, well-located apartment buildings at a price point not otherwise available."

Mico-units typically appeal to renters who are young singles or couples who that cannot afford the rent that larger units in the same area command.

"Vista created tremendous value in its ability to take a tired asset with great bones and modernize it for the needs of younger renters who are willing to give up space to be in the middle of the action," said attorney Andrew Kirsh of Sklar Kirsh, who represents Vista Investment Group.

The off-market transaction was brokered by Darin Beebower of Madison Partners.

Vista said the buyer was a private investor.